Messages from the Angels

Angels exist, and they manifest their presence in many fashions. Seers, psychics, prophets, and great spiritual masters can detect them and communicate with them.

Such is not the case for everyone. And yet, still, they try to send us messages, a message from God.

Receive Messages from Angels – Why?

Because they are here to guide us down the path of enlightenment and to help us achieve our life goal and the soul’s mission.

It is important that we discover the Messages from Angels because they can only be beneficial for us.

Each one of us has a Guardian Angel whose main mission is to help us, to love us, and to assist us in our lives here on Earth.

We can greatly benefit by calling on the Angels and by discovering their messages.

The messages from angels can translate themselves into spiritual evolution, a connection with the Angelic Realm and thus a stronger relationship with God.

This can also translate into success, achievement, and fulfillment of our desires. So, who are these Celestial Beings?

How can we communicate with them and understand their messages, the message from God?

Communicating and understanding the Messages from Angels

Guardian Angels are concerned chiefly with human problems. Their mission is to guide people on the path that leads to a better life, whether on the material or spiritual level.

To do this, these Celestial Beings try to send us a message from God. It can be through signs, warnings, so to speak, to let us know they are there.

They warn us that there are things we need to do (or not do) to gain the life we have always yearned for.

Because they are invisible, Angels use visions and dreams to convey their messages.

However, it is difficult to believe in such signs, so anchored are we in the material world (problems of day-to-day life, stress, etc.).

Yet there are those who manage quite well to connect to the Angelic Realm. They manage to draw therefrom rich teachings they subsequently attempt to share.

They are Angel Mediums or Messengers of the Angels. Thanks to their gifts, they can come into direct contact with the Angels.

Numbers are the most common medium Angels use to communicate with their protégés. These are  Angel Numbers, which each convey a message from God.

Specific messages from angels and their interpretation may change your whole life.

Messages from Angels: Signs of their presence

Experts in personal development, including hypnosis, use the subconscious.

Both dreams and the subconscious are also used as a means of communication by the Angels, Beings of Light, and Guides.

For most people, God’s message is unclear, even incomprehensible yet meaningful at the same time. It is indescribable, but seemingly concerning us at the most basic level.

For those whose consciousness has evolved or those who have received special gifts, it is different.

The message from God is clear and provides long-awaited answers to a problem or to a persisting, undesirable situation.

Besides numbers, dreams and the subconscious, the Angels can manifest their presence through the mind. Like an inner voice, for example, or an intuition, or a sudden, brilliant idea.

The Angels can also use your senses: smell, hearing, etc. However, although – as numerous writings have demonstrated – this was often the case in the past, Angels very rarely appear in physical form.

It is important to know the Angels to establish an increasingly close connection to the Angelic Realm.

With the necessary teachings, and by being aware of their existence, you will strengthen this connection and receive all their benefits, loving assistance.

Their messages and their support can certainly help you.

Thanks to the message from God they bring, you will be on the path to success and evolution in every aspect of your life.

The Angels and the Angelic Realm

The word Angel means “Messenger.” Therefore, the Angels are the Messengers of God.

They perform many divine tasks for Him and deliver many kinds of messages from God to humans. They are exclusively at His service.

Angels are pure spirits, without physical bodies save when they want to appear in this form. Indeed, in many beliefs and religions, Angels have appeared to men under many guises.

They appear in a vision, in a dream, or physically, in human form. They are celestial beings who were created by God long before the creation of the Earth.

The Angelic Realm brings together all Spirits of absolute purity who exist only to serve the Divine.

These Spirits provide humans with the protection they need and intervene on God’s behalf when so required.

The Angel who delivers a message from God to his protégé is part of a great divine organization. The Angelic Hierarchy differs from one belief system to another.

However, there are a few similarities. Angels live in Heaven or the Spheres. There are three large Spheres or hierarchies of Angels. As with men, Angels also have families.

Each family has a specific role and unique attributes. There are three Choirs in every Sphere, thus bringing the total to 9 Angelic Choirs. 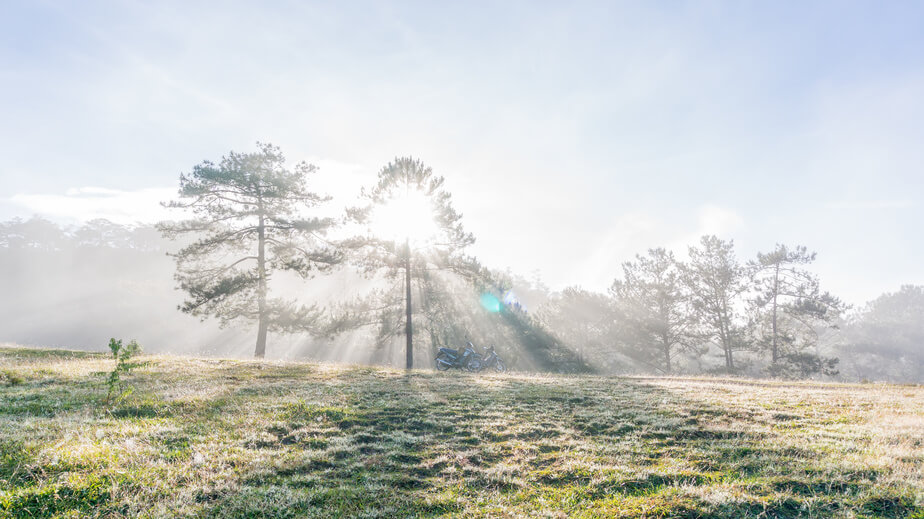 This Sphere consists of the Choirs of the Seraphim, Cherubim, and Thrones. Each choir has its own role.

In general, no angel from this sphere delivers the message from God to humans. Other angels, from another sphere, have this role.

Within the hierarchy, the order of the Seraphim is closest to God. Many say they surround the Throne of God and are the only ones to sing the Music of Heaven.

As for the Cherubim, they are the guardians of the Stars and of Light. The Thrones are the third Choir of the first Angelic Hierarchy; they are the companion angels of the planets.

The second Angelic Hierarchy also consists of three Choirs. They are at God’s service, but also do not have the role of delivering the message from God to humans.

The first Choir comprises the Dominions. They are Beings who direct the activities of the angelic groups below them.

Virtues are the second Choir of this second hierarchy. Their role is to amplify the divine energies. The third Choir of this Sphere consists of the Powers.

They bear the conscience of all humanity. They are the Caretakers of Collective History. In this Choir are found both the Angel of Birth and the Angel of Death.

Far more closely connected to the physical world, the third Angelic Hierarchy includes the Principalities, Archangels, and Angels. It is they who deliver the message from God.

Higher-ranked than Archangels, Principalities are the guardians of all communities, to maintain certain world order.

Archangels, who make up the second Choir of this third Sphere, are Angels of Light. Their role is to ensure that the Divine Will be carried out.

The most cited Archangels in the Bible and in many writings are the Archangels Gabriel, Michael, Raphael, and Uriel.

Angels, who constitute the third Choir of this third Sphere, are the most familiar to humans.

They are close to the human world and are the most concerned with the affairs of men.

In this third Angelic Choir, there are many different types of Angels, and those most familiar to us are certainly the Guardian Angels.  They deliver, through Angel numbers, God’s message.

Many have experienced this phenomenon, where certain sequences of numbers appear to them in their daily lives or over a certain period of time.

Thus, these numbers may appear, quite unexpectedly, on completely trivial objects.

A clock in a hall, a newspaper’s publication number, a seat number of a flight, numbers on a dashboard like 666…

These numbers do not appear randomly. They are signs we must recognize because behind these Angel Numbers can be found an actual message from God.

It is a message of vital importance for your future. Pythagoras said that numbers ruled the Universe.

The greatest followers of the science of numbers (the sacred science Numerology ) have noted to what extent numbers could radiate incredible energies. Thanks to their properties, the Angels use numbers as the bearers of messages.

There are several types of sequences or series of Angel Numbers. Triplets are the best known. There are no clear-cut rules, because all human beings are unique, as are their destinies.

A few examples of Angel Numbers

Angel Number 111 is one of the triplets. It has a very particular meaning. It is a message from God that your Guardian Angel is trying to give to you.

When you see this number very often, it is because you must be careful about what you think. Why? Because the Universe will take a snapshot of your thoughts and materialize them in the real world.

The message from God that lies behind this Angel Number is, therefore, clear. You should think about what you really want, not what you do not want.

This task is far from easy. Call on your Guardian Angel to help and assist you.

The Angel Number 222, in turn, conveys a message from God urging you to be patient. The ideas and thoughts you have started to sow and work upon previously will soon materialize.

This message tells you not to walk away before the miracle happens, not to quit, to have faith. Because behind the scenes, everything is underway to ensure that your desires and wishes come true.

Angel Number 333 refers to the Ascended Masters. The number “333” means they are present, at your side. They love you and surround you.

They are waiting for you to call on them to help and assist you. The Ascended Masters are, for example, Jesus, Mary, and Moses.

The message from God brought by the Angels is not only very positive or a harbinger of good news. Indeed, they may warn you of possible wrong turns.

That is to say of bad decisions or behaviors that are contrary to your life goals and your soul’s mission.

Angel number 666, for example, means that you are too attached to or focused on the material world. You should thus work harder on your spirituality to be able to evolve.

You should maintain the proper balance between matters spiritual and material, and everything else, including your desires and wishes, will follow automatically.

The message from God hidden behind the Angel Number “555” is quite interesting. It heralds a major change that will occur in your life.

This major, important change is part of your destiny. You would do better to accept it than to fight it.

Have faith in your Guardian Angel, who is the best suited to guide and help you, because he knows you and he knows your future.

“Good Genii”, “Higher Intelligences”, Guardian Angels have certainly been known by many aliases throughout History.

However, their roles have never changed: to protect, comfort, love, and support humans. As a messenger, they bring God’s message.

Each of us has a Guardian Angel who guides us towards fulfillment and happiness.

No church in the world, Jewish, Hindu, Christian, etc., denies the existence of these Protector Angels, these blessed spirits.

Our Guardian Angel is ever-present in our life. He tries, in many ways, to show us the way to happiness.

They work on vibrational levels that lie far beyond the perception of most people. Few see them or feel their presence.

Yet, they are present, and they send us messages, the message from God, through Angel Numbers, dreams or visions.

Because of my gifts as a Medium, I can teach you to call on your Angel. I can help you learn the name of your Guardian Angel and teach you how to communicate with your Protector Angel.

Ask for your Free Angel Reading now, and start living the life you have always wanted.

Get your "Angelic Predictions " +The Name of your Protective Guardian Angel