The Egregore is an often little known phenomenon that concerns us all since it gathers the energies emanating from several people to create an uncommon force. 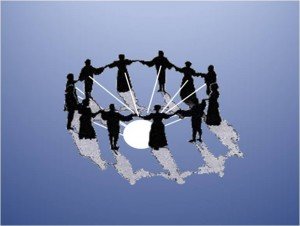 What is an gregore?

An “egregore” is a force produced and fueled by the willpower, desire and/or emotions of a group of people who have the same goal or ideal in mind.

This definition may apply to various communities, whether they are philosophical, religious or even political.

Egregores (which works as an “autonomous entity” as some say) are what can be called occult forces:

It is said that some esoteric groups can generate an egregore by performing a ritual. It is the case of the freemasons, who create a “union chain” as they hold each other’s hands at the end of their meetings.